With Ediston averaging around a 75% collection rate for Q2, React News talked to its CEO on what lies ahead.

Ediston may be known across the UK as a giant of the retail park sector but through ongoing partnerships with investment partners such as Orion Capital, it has also positioned itself as one of the leading mixed-use developers in the country.

Ediston recently unveiled its latest plans – including offices, hotel and residential elements – for one of Edinburgh’s key development sites. The New Town North site, which was acquired with Orion Capital Managers, forms part of Ediston’s £515m development pipeline. The manager also has around £800m of assets under management.

In February, Ediston and BauMont Real Estate Capital acquired Hermiston Gait retail park near Edinburgh for £65m. It is the largest retail park deal in the UK this year.

Ediston’s retail park portfolio now totals over £300m, marking it out alongside Hammerson as one of the largest landlords of the asset class in the UK.

The investment and asset manager’s exposure to the retail sector has put it on the frontline during the coronavirus crisis, as it draws in due rent and battles a few ‘shameful’ tenants.

React News caught up with Ediston’s chief executive and founding partner Danny O’Neill to discuss running a business in the midst of a pandemic, how the current situation shapes up against the great financial crisis, rent collection and, of course, retail parks. 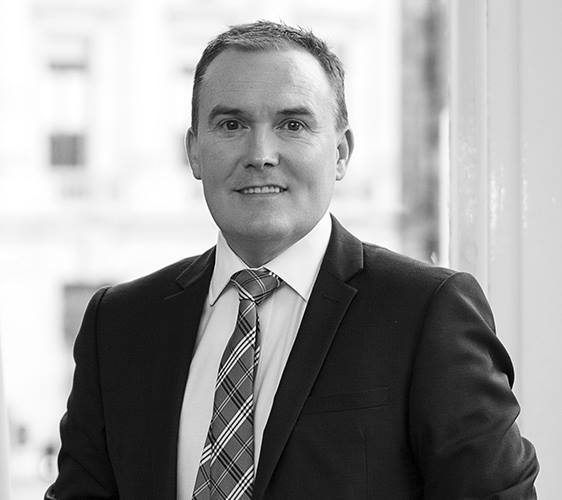 How is Ediston’s Q2 rent collection shaping up? In what ways are you working with tenants?

Across our portfolios we are averaging around 75% collection rate for quarter 2 through to June, thus far. We are speaking with as many tenants as we can. Tenants are our customers and the vast majority are paying rent, communicating regarding cash flow and where assistance is required providing appropriate information for us to consider.

Disappointingly some well-known tenants won’t engage and have not paid rent. A number won’t return calls, or emails which is a pathetic non-action. We are not unsympathetic given the government enforced closure of their businesses but some tenants seem to believe it is only they who are affected. This crisis effects everyone in the market. I think it is shameful how some tenants have acted, but the vast majority have acted with transparency and professionalism.

How does the current situation feel compared to 2008?

2008 was totally different. Then it felt the capitalist apparatus was on the brink of collapse as the financial sector imploded. We ran out of cash and the property market collapsed in a massive crunch in markets which had hitherto fueled high leverage of assets in every sector. The peak to trough fall in commercial values was painful but we continued to conduct business as we were not over leveraged which was the main issue for those who failed.

This however is nothing like we have seen before. The economic impact will be much worse than 2008 with the economy pretty much shutting down. It effects everything – transport (bus & train companies, taxi drivers, airlines and the airports themselves); education (universities, student accommodation, private nurseries and private schools); retail; the car industry; the hospitality industry, bars, restaurants, cinemas, hotels; recruitment; holiday companies; tourism and housebuilding etc. – the list is endless.

Property businesses, surveyors, architects and engineers will see activity stall across our industry. Almost every single type of trading business you can imagine will be adversely effected in some way. Businesses which provide a service to these sectors will be hit hard too. The demand shock is going to be enormous and the demand for property, being a ‘derived demand’ from the demand for goods and services in the real economy, will suffer the consequences. When we come out of lockdown, and the furlough oxygen is switched off, it’s then that the real impact will start to be felt – I don’t believe the full impact has become apparent yet!

If there is one difference this time from last time is that in 2008/9 investment values collapsed as high debt levels forced sales into the hands of cash rich investors who smelled blood. While values will fall, I think this time the occupational demand will take a beating as it did in the early 1990’s or worse still as in 1973/74. The one silver lining is that vacancy is low and supply of space is constrained which may soften the blow a little, along with low interest rates and low gilt yields which may also will provide a safety net to falling values.

What do you believe the dip and recovery will look like?

I don’t see a V shape recovery on the horizon. I think there is going to be a very sharp downturn and more likely a slower recovery.

The real economy is likely to take a pounding over the next 6 months at least and obviously when we leave lockdown it will rebound significantly, to a level but that won’t heal the pain just occurred or that to come. I believe a full recovery is likely to be slower and costly. A principle concern for me is how bad corporates will be hit and how bad unemployment will be. Can the government really continue to bail everyone out? The bail outs in 2008 and the QE which followed for years will seem small in comparison. Whatever, the fiscal deficit will be eyewatering at the end of this and that could be a major problem for the economy in the next decade! All of the benefits to the UK’s balance sheet from the austerity of the past 10 years has just been wiped out within four weeks.

I think corporate balance sheets could be decimated by this crisis and for most companies which survive it will take time to replenish the pot and for investment to take place. The supply chain may become a concern and while the banks are cash rich at present we may see a credit issue in the market in 6-12 months if things deteriorate beyond two or three quarters. I’m hoping it doesn’t become this bad but it is a real possibility. The property market lags the economic cycle so the impact hasn’t really been felt yet but when it hits, it’s not going to be nice. 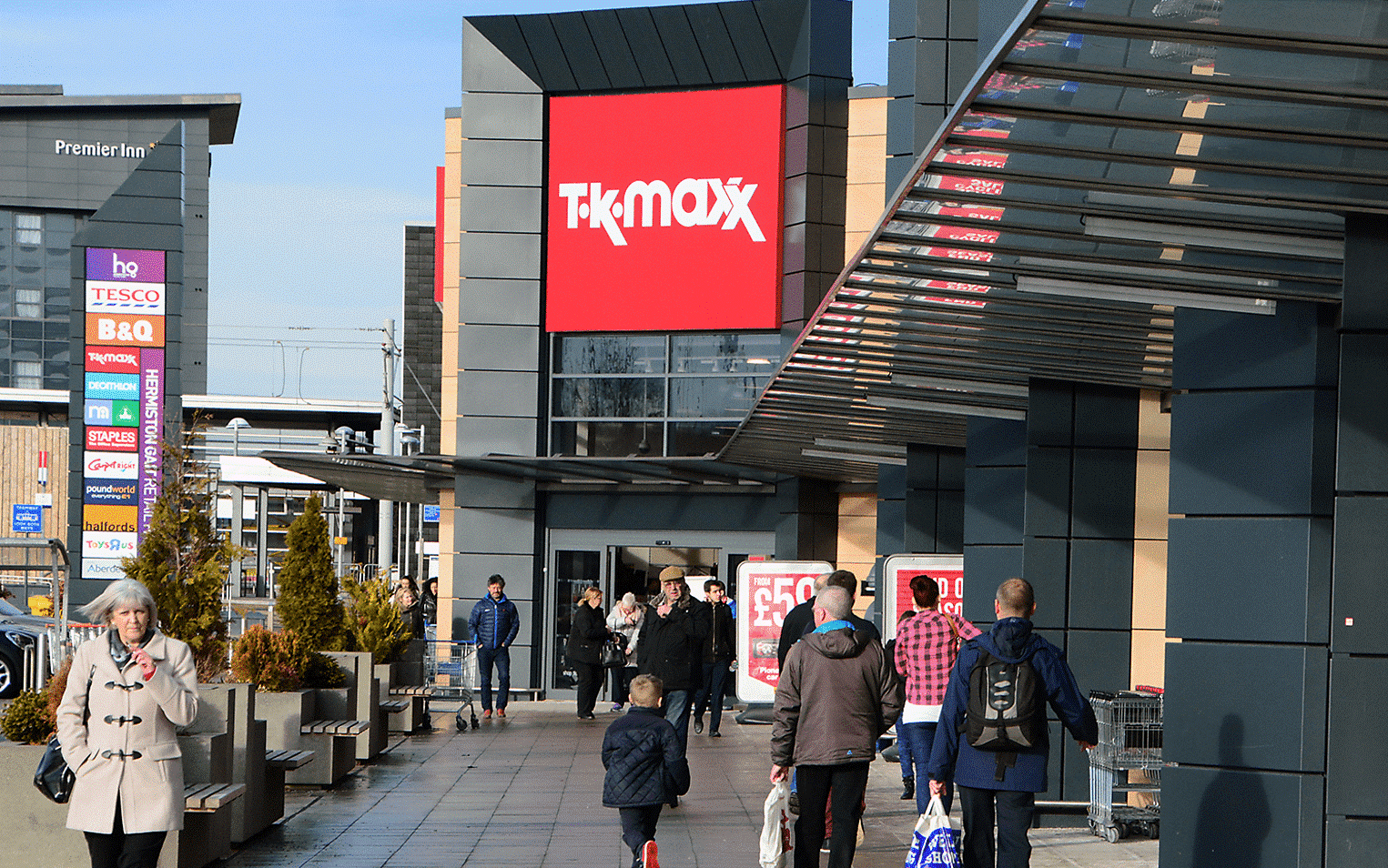 What longer-run changes do you believe may result from the coronavirus crisis?

Some sectors had been ripe for disruption so this will be accelerated. Health and staff wellbeing was heading to number one priority for businesses and now is – so offices will we work in will reflect that more but it’s too early to say how companies will react.

The way we work will change, and how and from where we work will be more flexible, but it is not the end of office life – it will have adapt to change quicker than it was going to. I don’t think the one way system and hygiene perspex shields around desks is going to last long if they are introduced to office life. But offices will be at significant reduced capacity for the rest of this year at least – perhaps 20/30 % capacity if social distancing in the workplace is mandatory. Usage of covered shopping centers must also be a concern for some time yet. The industrial market will not be immune either with businesses under pressure. The UK house price index will fall and house sales will (after an immediate post lockdown bounce) slow and may take 18/24 months to recover to 2019 levels.

Oddly for a government which has just thrown the kitchen sink at this problem I think more investment will be required albeit worsening our fiscal problem to come. Whether the government continue with the massive infrastructure investment which was proposed and we badly need will be interesting but I hope they do. Sadly I think some care home operators may disappear after this emergency placing a greater burden on the state. We will travel less for face to face meetings and Zoom, Microsoft Teams, Facetime and Blue jeans (these are just the mediums I have used) will be a business tool for good.

Could retail parks be better placed than the high street as we exit lockdown?

This may be likely. In fact we have just completed new lettings with Next and Aldi within the last 2 weeks. There is a restricted level of supply of retail warehousing and vacancy on ‘parks’ is low. Some parks are too highly rented and have vacancies where landlords have refused to accept much lower rents and the inevitable collapse in value. These will reprice painfully but quickly. Some parks will fail but most could thrive off sensible rents offering higher than average sustainable income yields.

For occupiers of retail warehouses business rates are lower, service charges pennies, tenants don’t pay for mezzanines of first floors, parking is free, they are accessible, not congested and provide the perfect click and collect medium for retailers. Some of the strongest covenants in the market only trade in retail warehouse parks and still look for long leases. So yes I think on balance warehouse parks should be better placed to recover quickest and also offer good value to investors, but stock selection is key. Not all apples are the same.

Will there be distressed buying opportunities in the retail sector?

Yes, and not just retail, however I don’t think it will not be on the same the same scale as in the GFC. I’d be worried about the unsecured or subordinated debt higher up the capital stack and I think most distress will come in that area or in the tier 2 lending market. Mainstream clearing banks are not as highly geared as in 2008 and ‘at the moment’ have healthy balance sheets. I don’t believe the banks will repeat the mistake of the GFC crisis and force sales only to see these assets reappear for sale at a much higher price within a few years. 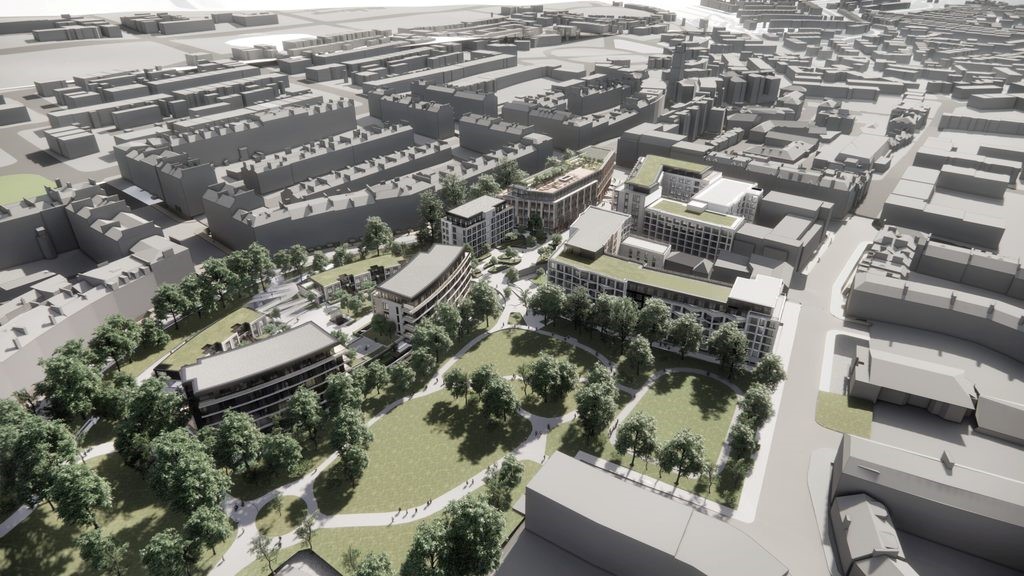 What does the future look like for Ediston? What sectors will Ediston look to increase its exposure in the medium term?

We, like everyone, will protect cash and our balance sheet. We are in good shape to navigate what’s ahead as we did in 2008 but like everyone I am concerned about what the scale of this catastrophe may be. Despite what we are about to go through I’m optimistic about what we may be able to do post crisis.

We will continue to increase our exposure in big 6 city ‘core’ locations and also to all areas of the residential sector (BTR, private for sale and the wider renting sector).

Will you look to raise capital to explore buying opportunities?

We have capital to invest but remain cautious. As for equity raising – yes.

As a business, how has Ediston adapted to manage its workload from home?

We were able to do this quite easily given the team have surface pro devices, additional screens and docking stations at home. The difficult bit has been communicating at the same level we do as a team in the office. Property markets feed off information and it’s just not the same at home without social contact. But what has been proven is that working at home can work if it’s a necessity for businesses or individuals for a period of time.