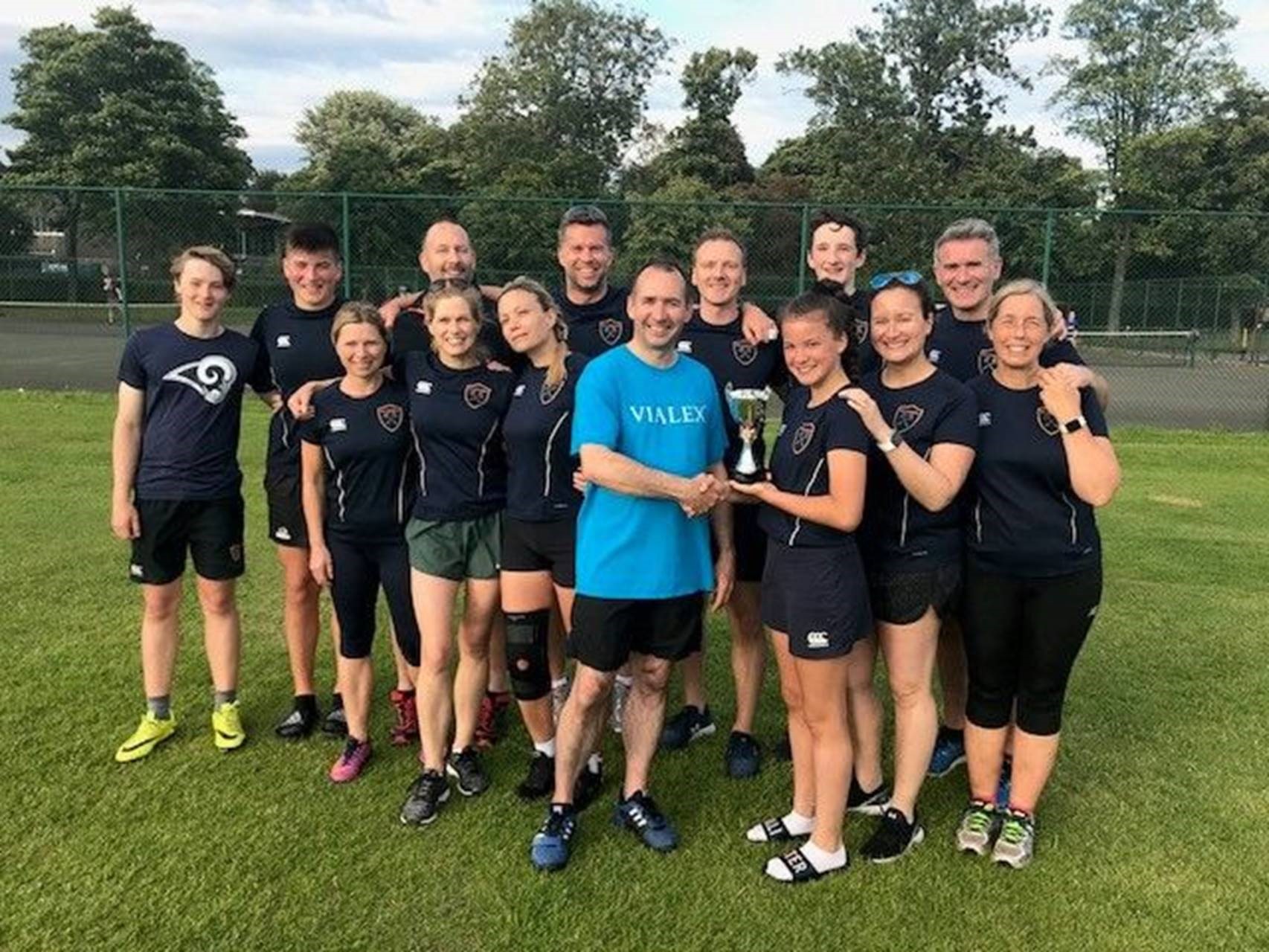 In an attempt to keep the old joints moving, Ross McNulty has been playing in the Vialex touch rugby tournament over the summer, held on Wednesdays at Inverleith Park. The weather has been kind and most games played in glorious sunshine. Amazingly (and for the second year in a row) Ross’s team won their league. This year being even more impressive as the team was undefeated. Their key to success is most definitely due to a blend of youth (the youngest player being 12 years old, as seen holding the trophy) and guile (as Ross says the only thing he is good at these days is working the offside line).

As you can see from the photo, it’s a very happy winning team. Ross can just be seen at the back (third from the left) hiding his middle aged spread, as he says his days of being at the front of team photos are long gone.

Big question now is can they do 3 in a row??