The development of Scotland’s northernmost retail park. Located in Wick, the Investment in this development project was welcomed by Highland Council and brought much needed investment to the town. 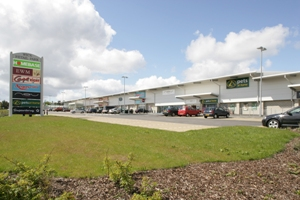 The 60,000 sq. ft. retail park was fully let just after Practical Completion and resulted in an economic boost for the town centre. Significant retail spend which had been diverted to Inverness was retained in the town, also providing a boost to other retail and restaurant outlets.